CMP Pharma is the innovator and leading provider of sodium polystyrene sulfonate suspension for the treatment of hyperkalemia, a condition characterized by an abnormally high level of potassium in the blood. 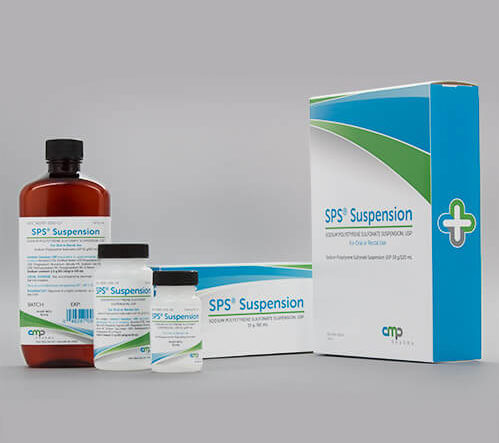 Hyperkalemia is a condition in which the concentration of potassium in the blood is elevated.

Most cases of hyperkalemia are caused by disorders that reduce kidney function, such as diabetes and cardiovascular disease. Hyperkalemia can also be caused by bodily injury and by certain medications, including non-steroidal anti-inflammatory drugs (e.g. aspirin and ibuprofen) and ACE Inhibitors, as well as transcellular shifts of potassium into the bloodstream, often caused by metabolic acidosis.